Zombie movies have been a classic in film history, but more recently, they have become essential for both the big screen and the girl. However, sometimes repetition makes them formulaic and predictable, like what happened with the Resident Evil saga. For those looking for the best of the genre and even special ways to turn it around, this list will get you started. 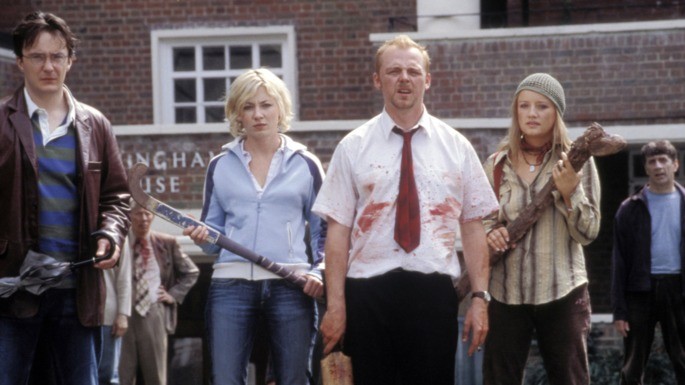 Curiously enough, we started the list with a comedy. Shaun of the Dead is the best deconstruction of the zombie genre, making it a parody and exalting its most basic elements.

Shaun is a man about to celebrate his 30th birthday, but whose life doesn’t seem very interesting. Every day he goes to the same job, to the same bar, and back to his rented apartment. But that routine is interrupted the day the dead begin to walk.

When it comes to completely flipping the genre, Shaun of the Dead is its best exponent. Edgar Wright’s humor and Simon Pegg’s delivery make this feature film a brilliant experience, because it combines the harshness of zombie movies with dark humor and the most cynical way of seeing it.

Night of the Living Dead is not the first zombie movie, but it is the first to stray from the traditional roots of voodoo, does not touch (much) the issue of atomic radiation or engage in an alien invasion. It is the first film that gives us the most deep-rooted roots of the genre: dead who return from the grave, hungry for human flesh. That is the model that has been used in the past 50 years, including the same sequels that Romero has released.

This film gives us a feeling of claustrophobia and, in turn, brings us too close to its characters, making them very real. Although the characterizations of the 1960s were much less realistic, it does not make it an overlookable film. 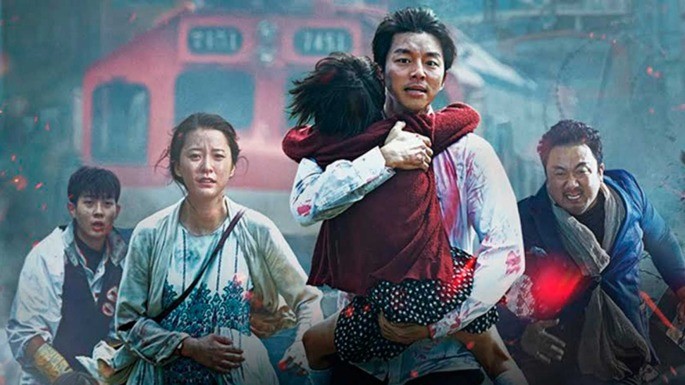 When people were over-saturated with zombie series and there wasn’t much of it on the big screen, Train to Busan was a breath of fresh air. A return to the basics of the genre: blood, drama and a lot of soul.

The film follows a father and his young daughter on a train journey that soon becomes terrifying when the zombie apocalypse occurs in South Korea. The environment is innovative and claustrophobic, they are forced to flee inside the train compartments as passengers fall like flies, and much of the film is based on the connection you can establish with these characters.

Train to Busan is full of action in an environment practically commanded to be done for the genre, creating an incredible closure and paranoia effect. Also, these zombies are not the same as always: they are fast and vile. 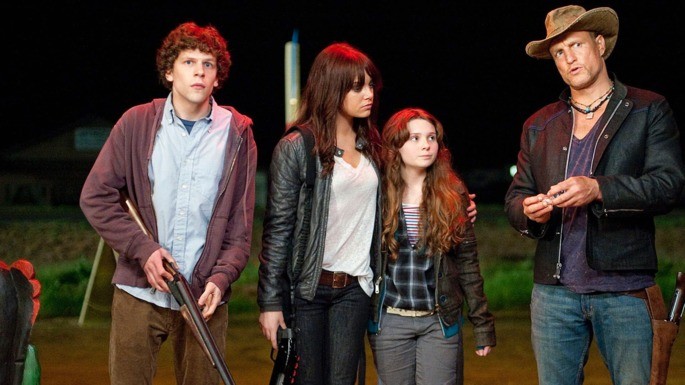 Another film that stands out as more of a deconstruction turned into parody than a little more than the same: Zombieland is a gem for the viewer who grew up watching zombie movies as he takes the rules and has a little fun with them.

Yes, it’s another comedy, but it has an intense plot, with a fast and abrupt rhythm that triggers reactions that make you feel as if the protagonists were just that: normal people, trying to survive the apocalypse.

The cast of the film is small, but the chemistry between them and the way they enjoy their roles is evident. 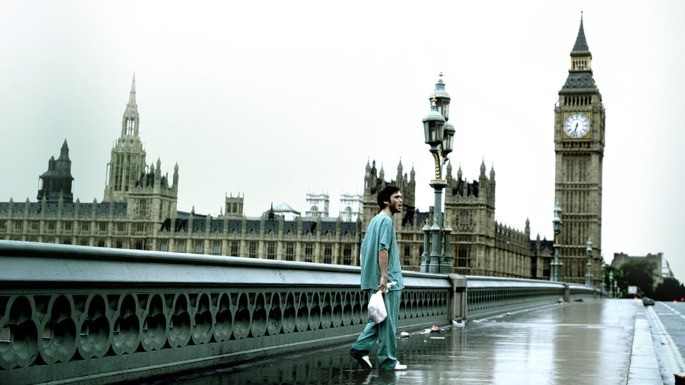 28 Days Later redefines the zombie aesthetic for a entire generation of filmmakers. The director was award-winning Danny Boyle, and purists rejected her at first. Firstly, the zombies were not quite like that, but were humans infected by a wild rabies virus and as a result, we have the aforementioned zombies: the ones that move very fast.

Boyle, however, created a new image for the apocalypse, a bloodthirsty virus that passes through the world leaving an infested void behind. The protagonist has just woken up from a coma, finding his city in ruins. The chaos and terror of a destroyed world leads our protagonist to seek refuge with other survivors and creates a drama led by the story of these masterful characters.

While many horror movies focus on speeding up the pulse of viewers, 28 Days Later is dedicated to telling a story of survival, and how a human being can leave that humanity of side to save his own hide.

Dawn of the Dead was a modernization of a classic by George A. Romero, and boy did it cause a stir. One of the first things that came to light in this remake, was the fast zombies, which caused terror and havoc in the film. However, it is also commented that it lacked elements that made Romero’s become a classic.

Without getting technical with the differences, Dawn of the Dead does its job: it’s a scary movie. It tells the story of some Milwaukee residents who are locked in a mall, and must fight for their lives during the zombie apocalypse. 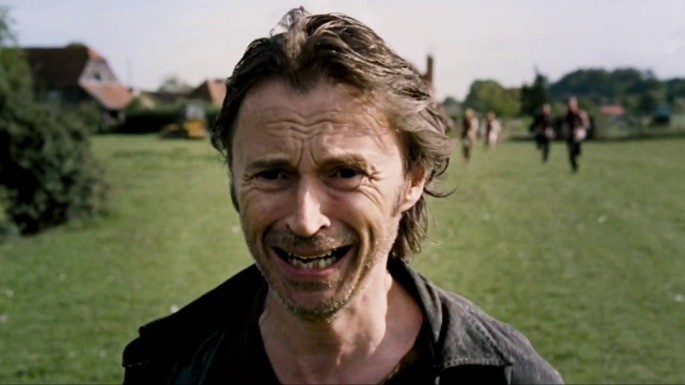 28 Weeks Later is one of those rare sequels that make the original proud, especially when the original is as acclaimed and influential a film as 28 Days Later .

28 Days Later subverted the conventions of the zombie genre in such a clever and compelling way that it became the modern day squad of zombies that countless movies tried to imitate. 28 Weeks Later was smart enough not to follow the plan and flipped the script, representing the British government’s attempt to rebuild society after the rage virus and subsequent outbreak that brought it all down.

Through the contained military installations we can witness a small-scale version of the viral apocalypse that we missed in the first movie and desperate and desperate attempts to stop it. That makes 28 Weeks Later a bit more of a conventional zombie movie, representing the fall of society and the breaking of boundaries in times of terror, but it’s a very good conventional zombie movie.

The series has an entirely human plot, engulfing an entire family in tragedy, and leading us hand in hand with the typical drama that we usually witness in a style film, without falling for clichés. 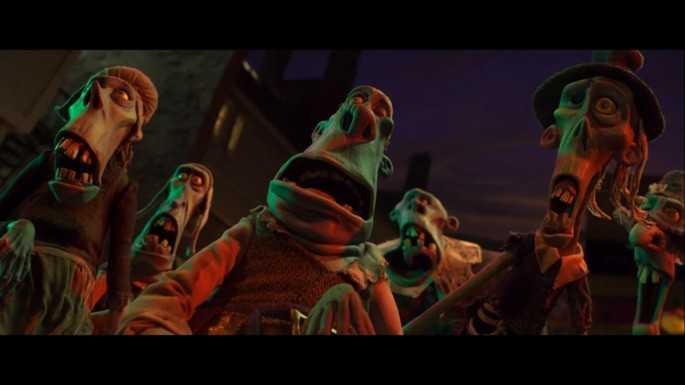 Rarely do zombies receive animated treatment, and in this case, more rare still, as it is stop motion . ParaNorman manages not only to (re) animate some really gruesome and decaying corpses, but also to give them voice and agency within the story.

But what really makes ParaNorman a great story is that the zombies themselves are more than just a part of the creepy story (along with witches, ghosts, and dark magic), they are a Similar substitute for the social issues first tackled by Romero in his original undead movie.

Without giving too many spoilers, zombies are people revived from the colonial era who have realized the error of their forms but who cannot fix things thanks to the curse of a witch. Because they cannot communicate, they are attacked by an angry crowd. While you’d expect that turn of events in a traditional monster movie, the turn in ParaNorman is what gives some substance to his overall message. As a bonus, it’s a zombie movie you can watch with kids!

This film is polarizing for many, not to say controversial. He suffered from many script changes, the direction and production did not agree, they postponed its premiere, they re-recorded much of the last part … And those are signs that anyone would consider fatal of a failure, but in the case from World War Z, did not affect it much. The film was a box office success, leaving many thirsty for more and expectant about the possibility of witnessing a true world war against the undead.

World War Z is a story that unfolds as fast as the speed of its zombies. When a zombie pandemic threatens to destroy humanity, a former United Nations investigator is forced to return to service to try to discover the source of the infection. 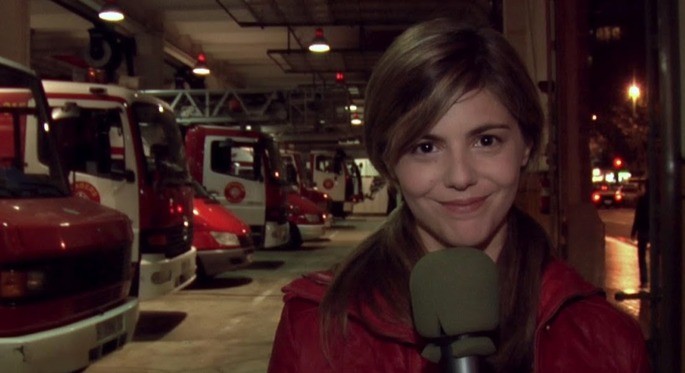 This is one of the many hidden gems that exist of the genus in another language other than English. REC , of Spanish origin, is a film full of suspense, pure terror and with an atmosphere that creates paranoia and claustrophobia.

Angela Vidal, a reporter for a news channel, and her faithful cameraman, Pablo, must be in charge of interviewing firefighters during a night of work. When they receive an emergency call to go to a building in Barcelona where neighbors complain about a neighbor who locked herself up and keeps screaming, it all seems like a simple case.

However, the lady in question shows enormous strength when she was evicted, and one of the firefighters was injured with a bite on the neck. Upon transferring him to the hospital, they discover that the entire building is in quarantine, without explanation.

The saga REC is an example that not only Americans know how to do good terror, even though its aftermath is not to everyone’s liking. 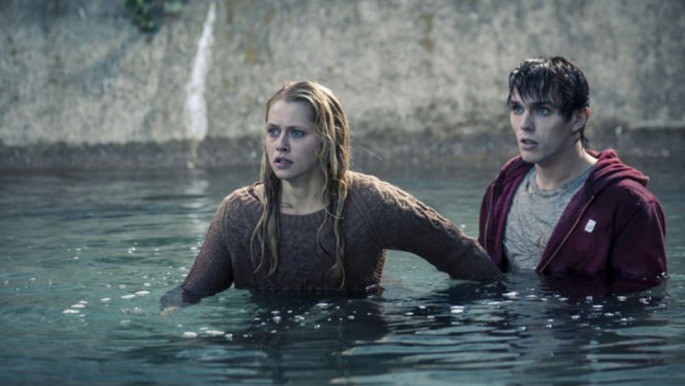 Warm Bodies is another example of the typical formulas zombie movies don’t take a movie to be successful. Based on a self-titled book for young adults, Warm Bodies is filled with comedy, romance, and highly charismatic zombies.

A terrible plague has divided the planet’s population into zombies and humans. R, one of the living dead, surprises his brothers by attacking a woman named Julie and rescues her. Julie sees that R is different from the others and the couple embarks on a strange relationship.

Despite being a kind of parody of books like Twilight , Warm Bodies has a lot of black humor, and an interesting point of view from zombies: they are alive, and they have intelligence to understand when they are doing the right thing.

What do you think of this list? We also have some honorable mentions of films that, although they do not fall within the zombie per-se category, have some elements in common:

What is your favorite zombie movie?